Want to traverse broken roads but don’t fancy a big, bulky SUV? The Huracan Sterrato might be for you. 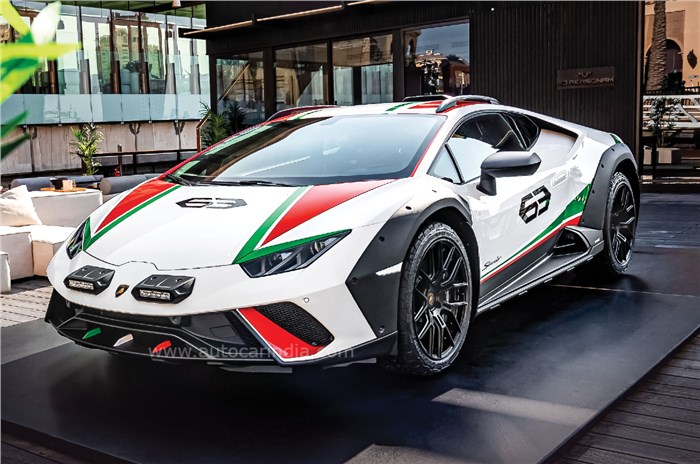 The biggest phenomenon of the car world this century is the inexorable rise of SUVs. You have them in all shapes and sizes, for every occasion and every purpose. Even true-blue sportscar makers like Porsche, Maserati and Lamborghini have embraced this high-riding body type, which is the antithesis of the sleek, low-slung sportscars these storied brands originally built their legacy and reputation on. Ferrari, too, has just launched its first-ever SUV, which, not long ago, was anathema to the famous Italian marque. It shows that even hallowed brands have no sacred cows left and have succumbed to what is the cash cow of the car market. 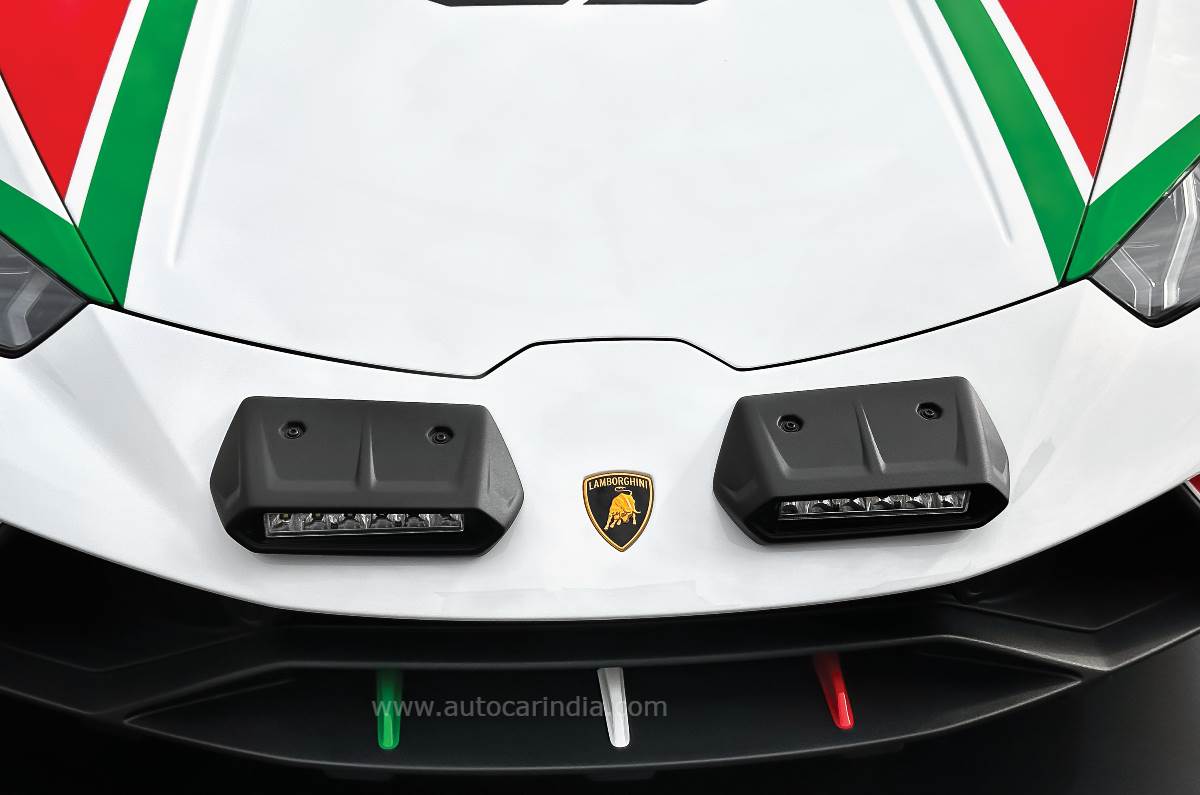 SUVs make money, plain and simple. Consumers are willing to pay a lot for them and, crucially, they have a much wider appeal than sportscars. So, it’s no surprise that both Porsche and Lamborghini owe their fortunes to the SUVs in their range. Porsche has the Cayenne and Macan, while Lamborghini has just the Urus. And it’s the Urus that transformed Lamborghini, which is hitting new sales records, year after year. And not without reason. Like the Cayenne, with which it shares its Volkswagen Group MLB Evo platform and 3,993cc, twin-turbo V8 engine, the Urus delivers a sportscar-like driving experience in a practical SUV package to offer the best of both worlds.

But there’s another world out there which, again, both Porsche and Lamborghini are exploring. Instead of just making SUVs that think they are sportscars, why not also make sportscars that think they are SUVs? Both brands have done just that, taking their ground-hugging sportscars, jacking them up and slapping on chunky all-terrain tyres and protective underbody plates that are more fit for an SUV than a sportscar. Porsche was the first to kick off this new trend with the 911 Dakar, which is a tribute to the 1984 Paris-Dakar Rally winning 911, and certainly looks the part. Porsche has made only 2,500 units of the 911 Dakar, but the bad news is that India hasn’t been allocated a single unit from this limited production. 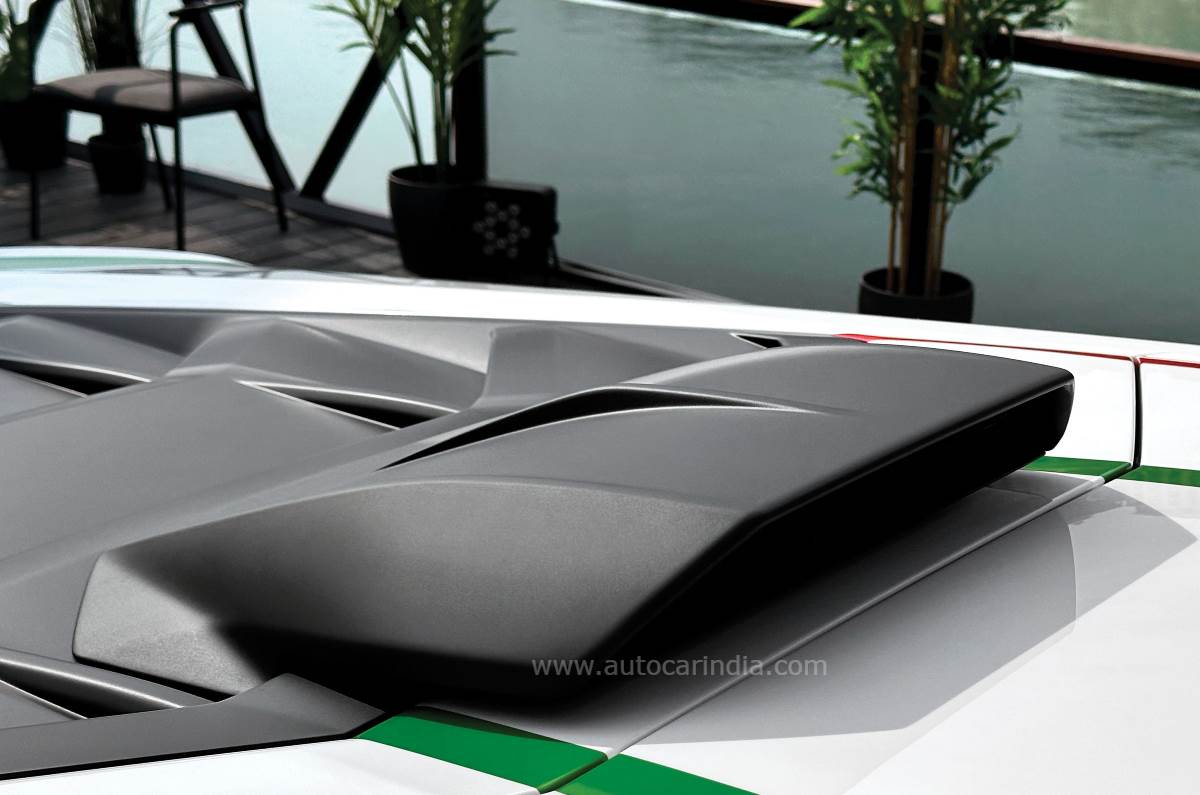 The Huracán Sterrato, meanwhile, was actually conceived as a concept back in 2018. It’s a supercar designed for maximum driving pleasure, not on the road, but off it, and is intended to bring out not the race, but the rally driver in you. No, it’s not meant to go rock climbing in, but instead, you can slide it wildly on dirt roads, tail hanging out, World Rally style. In fact, Lamborghini has done what Lancia could have done, but never did – build the modern-day equivalent of the legendary World Rally mid-engined Stratos.

Production of the Huracán Sterrato is even less than the 911 Dakar’s – not more than 1,499 will be made in total. However, unlike the Dakar, the Sterrato is officially available in India, launched at Rs 4.61 crore. The bad news is that only 15 units have been allocated to India and they’ve all been snapped up in a heartbeat. That’s not surprising, because the Sterrato is the ideal Huracán derivative for India. What Lamborghini has inadvertently created is the most relevant and appropriate super-sportscar for India, because it’s got two key ingredients that supercars in India have so far struggled without: ground clearance and beefy tyres. 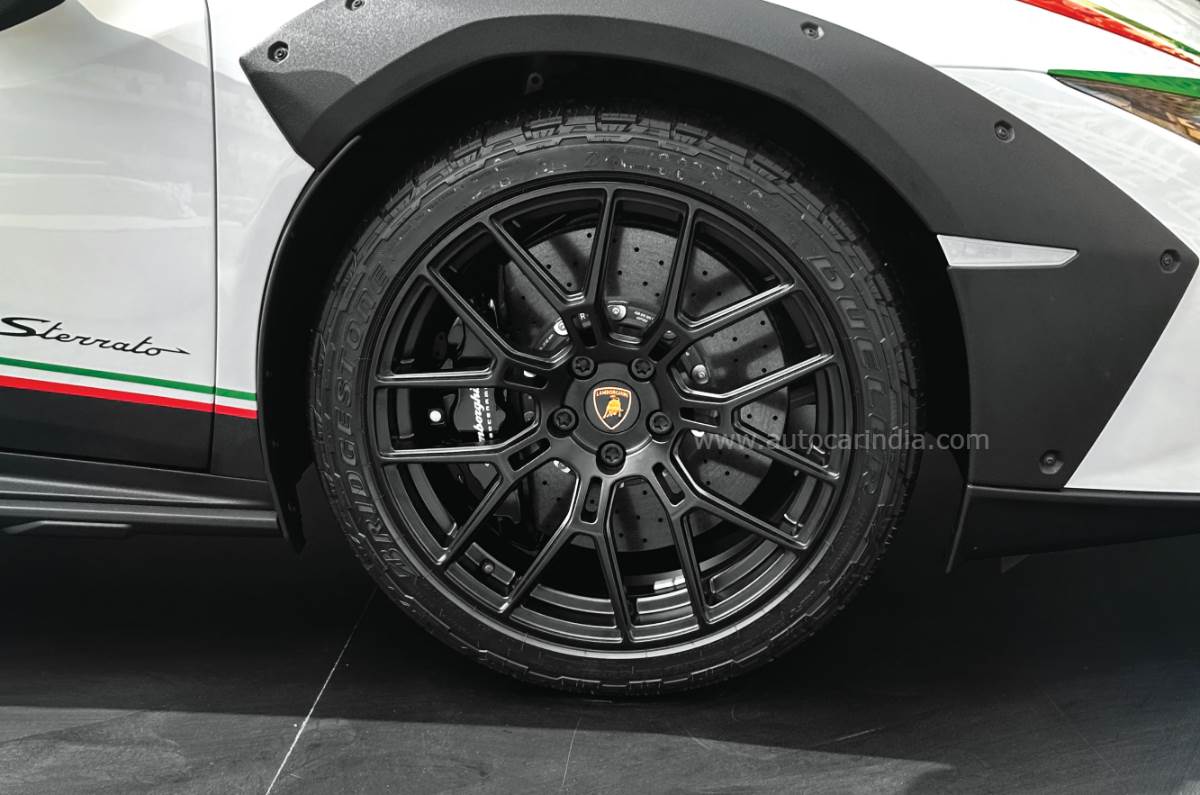 The Sterrato, with its raised suspension and jacked up ride height, has a ground clearance of 171mm, a massive 44mm more than a standard Huracán Evo. This means no more having to tippy-toe over speed breakers or worry about damaging the low chin. There’s less chance of damaging the underside too, thanks to those aforementioned skid plates as well as reinforced sills and wheel arches. You also don’t have to worry about a tyre blowout – a common problem with supercars in India every time they hit a pothole or are forced to drop their wheels off the road. The Sterrato’s chunky all-terrain tyres with their beefy sidewalls are just what the doctor ordered, and the front and rear tracks have been increased by 30mm and 34mm, respectively.

Corsa or ‘track’ mode fittingly swapped out for Rally mode.

The 5.2-litre naturally aspirated V10 engine returns, allegedly in its final pure-ICE outing, but produces 610hp and 560Nm in the Sterrato, 30hp and 40Nm down on the Huracán Evo AWD. That’s because the air intakes have moved from the sides to a big duct in the roof, which, though good for keeping dust out, restricts power. It’s all-wheel drive, of course, but the Huracán’s clever drive management computer, called LDVI (Lamborghini Dinamica Veicolo Integrata), has been completely revised. The existing Strada and Sport modes have been revised to suit the Sterrato’s character, while Corsa has been, appropriately, replaced by a Rally mode. 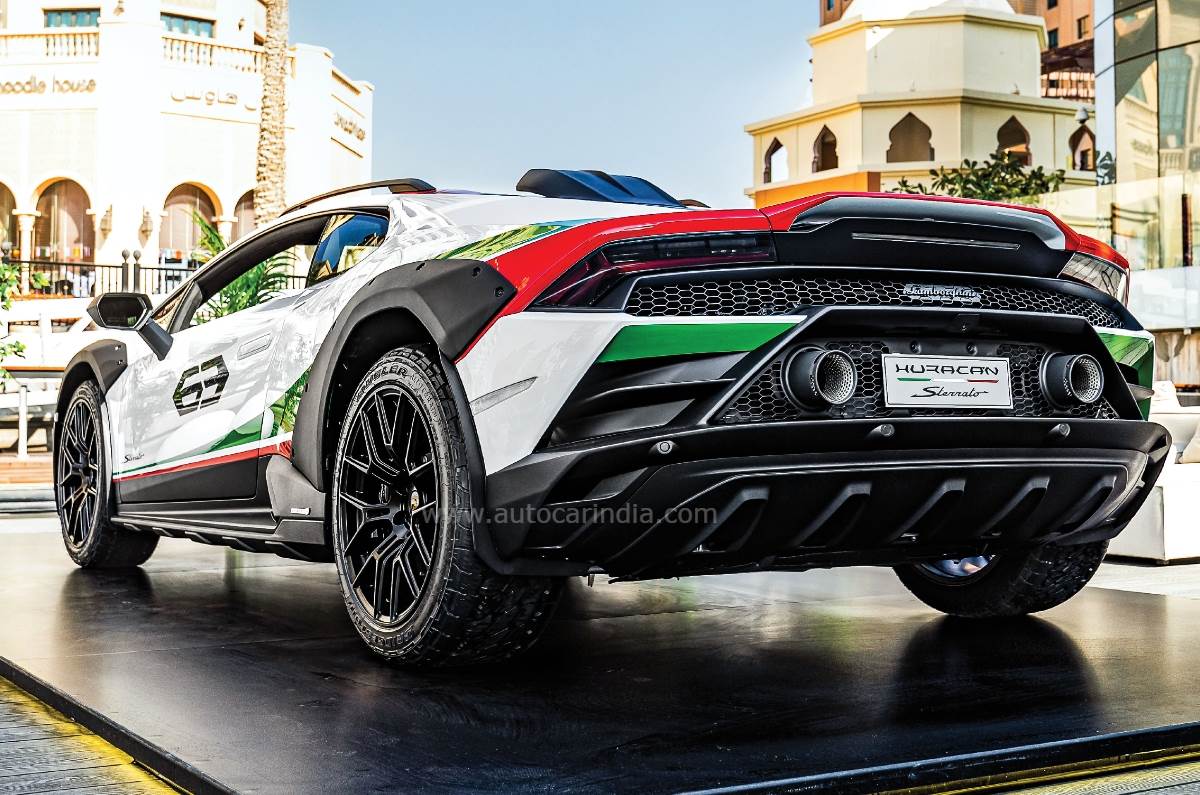 Protective coverings for the underbody and sides part of the package.

The interior is pretty much unchanged, but what’s unique is the Alcantara Verde Sterrato upholstery on the seats, and in keeping with the rally theme, the driver’s display also gets a compass, a steering angle indicator, and a digital inclinometer. Unlike the Evo, which screams its way to 325kph, the Sterrato’s top speed has been capped at 260kph because of the limitation of the off-road tyres. This makes it the slowest Lambo in decades; even an Urus will do 305kph. However, in the real world, it’s probably the quickest, simply because you don’t have to brake to a crawl every time you encounter a speed breaker or hit a bad patch of road. The Sterrato, with its rugged mechanicals and jacked up stance, is possibly the quickest way to get from point A to B in India.

Maruti Celerio to be sold as Toyota Vitz, will be made in India