Mehidy Hasan Miraz proved to be the enforcer as Bangladesh picked up four quick wickets on the third evening of the second Test to storm back into the contest. Chasing 145, India slumped to 45 for 4 at stumps, leaving the Test tantalisingly poised. It was Mehidy who picked up three of the four wickets to fall, most notably removing Virat Kohli with Mominul Haque taking a good low catch at short leg.
Mehidy then got among the wickets, first having Cheteshwar Pujara stumped for 6. The batter had come out of the crease to defend but missed the ball. Initially, it looked like a routine stumping appeal, but replays showed that Pujara had his bat in the air, trying to get back to safety.
A few overs later, Nurul Hasan completed an easier stumping when Shubman Gill ventured out of the crease only to miss Mehidy’s delivery that held its line. He had struggled for 34 balls before the dismissal.

Kohli’s wicket, however, brought more joy to the Bangladesh fans and players alike, when Mehidy had him pressing forward and finding turn to draw an inside edge that went to Mominul. There were a few words exchanged between the fielders and Kohli, who trudged off the field, fuming.

With the bat, Bangladesh battled hard in patches during their 70.2 overs in their second innings, despite Axar Patel taking three wickets, and R Ashwin and Mohammed Siraj taking two each. India made fielding errors, notably Kohli, who dropped three chances at slip.

Litton Das led Bangladesh’s resistance, top-scoring with 73 while Zakir Hasan made 51. Nurul provided a bit of flair, while Taskin Ahmed resisted quite well. Litton and Taskin added 60 runs for the eighth wicket to keep the hosts in the game.

Litton had earlier added 46 runs for the seventh wicket with Nurul, who fell after making 31 off 29 balls with two fours and a six. Litton struck seven boundaries with some attractive shots through cover, mid-on and midwicket, but his job was to hold the lower order together after the top and middle order had caved in again.

Despite the poor start to the third day, Bangladesh added 120 runs in the second session. Litton and Nurul went after the bowling in slightly better batting conditions before Litton found an able ally in Taskin.

Taskin defended resolutely while hitting a few well-timed sweep shots. Litton opened up further after tea, but that’s when Siraj brought one in sharply, hitting the top of his leg stump. Taijul Islam didn’t offer much resistance, though, falling to Ashwin before Khaled Ahmed was run out in the 71st over as Bangladesh were bowled out for 231.

Their bowlers then caused a stir late in the day, with the visitors still needing 100 runs to win the Test. The lowest total defended in the fourth innings in Dhaka is 231 by West Indies, who beat Bangladesh by 17 runs last year. 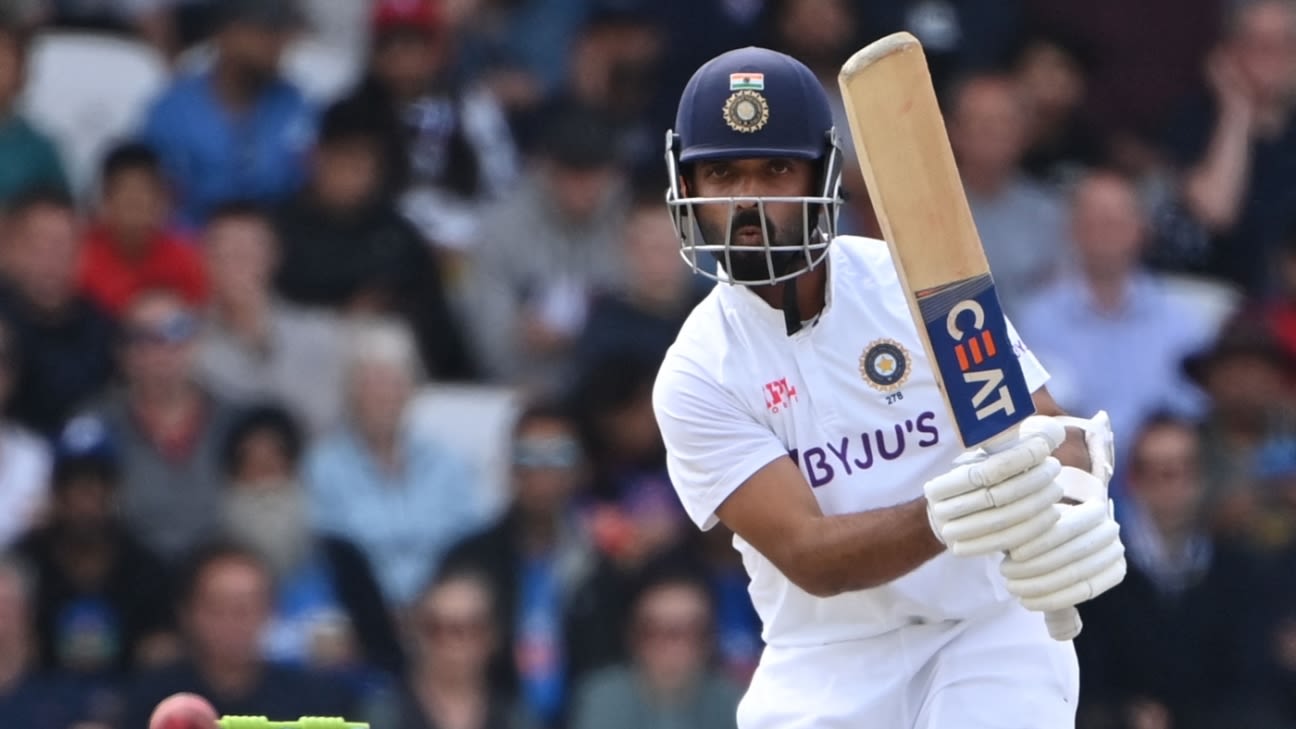