Disha Patani is no stranger to love and adulation from fans. The actress enjoys a massive fan following across the country and recently, found a fan in India’s first K-Pop star Sriya Lenka. Here, Disha and Sriya, dressed in their fashionable best, are smiling ear-to-ear for the lens. While Disha is in an all-black look, Sriya is seen in a pink and white outfit. Sharing the image, Sriya said that Disha is one of her favourite actresses. She wrote: “Look who is here. One of my favourite actresses, Disha Patani. You are such a beautiful soul. So nice to meet you di.” Disha replied to the post and said: “You’re beautiful.”

For the unversed, last year, Sriya Lenka from Odisha became the first-ever K-pop artist from India. Sriya Lenka was chosen for the South Korean girl group Blackswan, along with Gabriela Dalcin from Brazil.

DR Music, the label behind the girl group Blackswan, announced on Instagram the addition of the new members, Sriya and Gabriela, who were selected through a global audition program that took place over the past six months. The audition was organised after the departure of a member, Hyeme, from the group.

Disha Patani recently shared a series of stunning photos on her Instagram account, which caught the attention of her friend and Tiger Shroff’s sister, Krishna Shroff. In the photos, Disha is flaunting her toned back in a spaghetti top and jeans while posing solo on an airstrip in the first two photos, and with a friend in the third photo. She also shared a Boomerang as part of the post. Upon seeing the upload, Krishna Shroff commented on the post, praising Disha’s back definition, saying it was “crazy” and even more ripped than some of the boys.

Recently, Disha Patani posted a behind-the-scenes video on her Instagram account, featuring her from a photoshoot. The actress is seen wearing a black outfit with a deep neckline in the video.

Disha Patani has been making waves on the Internet due to her speculated relationship with Aleksandar Alex Ilic. They  frequently appear on each other’s Instagram profiles. In December last year, Disha and Aleksandar Alex Ilic attended a birthday party together, both dressed in black attire. Disha wore a black dress with cut-out designs, while Ilic chose a simple black shirt and pants.

On the work front, Disha Patani will be seen in Yodha and Project K. 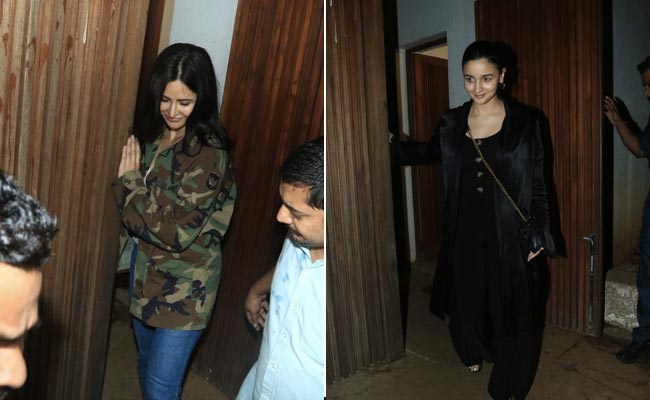